to imagine and then create: a true story

And all of a sudden

it feels like the head will explode at some point.

The heart is pounding faster and faster.

The blood is running through the veins.

An idea pops up.

It stays there, floating in the air.

“What if?” - is a thought that pops up right after.

And there it might stay if we, as creative humans, don’t put it out to the world to see.

Did you know that?

[ kree-eyt ] a verb. to cause to come into being, as something unique that would not naturally evolve or that is not made by ordinary processes. To evolve from one's own thought or imagination, as a work of art or an invention.

I’m sorry to say that an idea is worth nothing, until you grab it with your two hands - and soul - and start designing it. You can write it down, you can draw, you can call a friend, you can start working on the connections between your idea and the actual development of that idea.

What will it take?

To make it real is up to you. And only up to you.

Everyone has ideas. But it’s definitely not everyone that can put them out there.

What do I do when I have an idea?

I start by writing the idea down.

A word, a phrase, a little text. However I feel inspired at the time. Sometimes it feels a bit vague, sometimes it’s so real, I can almost grasp it. I write everything that comes into my mind. Details, people that can be connected to make it happen. Things I need to make it transform from something imagined, to something real. It’s all there on the little note - on Evernote - inside a notebook called “concepts”. Yes I call them concepts, and not ideas - it makes them somehow feel more real. It’s not just an idea, it’s a concept already. I have made them real. They have the power to become even more real. And that power is inside of me.

Ok, i’ll give you a real example.

One day I woke up feeling the need to express myself in some other way. Not necessarily through my own texts or my art, but to connect the subjective expression of the art, to the daily human routine. Two universes that surround my creative life. The creativity and rationality. The mind and the body. The performance and the subjective message of art. The energy that flows within ourselves and that connects to others. The power to create a positive impact. To be an agent of expression. A manifest.

I wrote it all down.

What would that manifest be? How can I create this impact? The answer was immediate. I, myself, am the literal personification of this manifestation. My mind, my body, my soul as a manifest to the world, and to myself. To question the body as a piece of meet that takes us, humans, to walk through life - with no purpose. And no care. Our body is a powerful tool for action and achievement. Our body is, before all an expressive conductor of vital energy and should be respected and encouraged to perform in its best health. Once I wrote down these ideas, I then started to think about the details.

[ The brain started to make connections. At the same time in point and space I was co-creating an exhibition with another artist, in Brazil. We started painting canvas’ with our bodies. Leaving overlapped marks, that became the base for other compositions with lines and geometric forms. We used mainly three colors, black, white and copper. And while washing away the paint from my hands I connected the points. ]

Copper! What an amazing material. It is a soft, malleable, and ductile metal with very high thermal and electrical conductivity. With an even more amazing color. Earthy and shiny at the same time. A relish look that would resemble and highlight the layers that make us strong - our muscles. I had the base, I had the material. The next step was to think about the result. What will represent all go this? And that is when I realised I needed someone else on board of the concept. Another artist, with another line of work. A photographer. I started thinking about the people I know (really writing down everyone that popped into my mind). And that is when you start finding the true collaborators to the vision you are having. I had a meeting to present my ideas, he jumped in right away. Felipe Watanabe contributed in the most elegant (and fun) way possible, with his sensitive eye and his power to transform a static image into an aesthetic experience.

Together we made it all become real.

A series of photographies, clicked by the amazing Felipe Watanabe, where I appear coloured in copper, expressing the strength of the nude in a movement of "depersonalization" (the feeling that the body or some of its parts do not form a unit). In my vision, the body is first and foremost a conductor of vital energy and must be harnessed and respected, preserving its physical and mental health. The nude came as an instance to express what is most intimate in me, stripping myself of all social apparatus and putting myself only as an organic machine in contact with my context.

What happened to the project?

After many meetings we created "(des)cobre" - "(un)cover" - a story telling made of 12 images. Some were made public and somehow the rest of them never had quite the right timing to be put out to the world. I believe in my intuition, and that is why I made it happen. I was supposed to. For what? “The answer will come” - I told myself. And today, a bit more than a year later, I see the reason why. I now know it was an important step to a whole new (very intense) path of self discovery. I had been diving into myself for some time, but this time it was to really strip off, mentally, what I stripped off physically in that project. Limiting beliefs, contexts, situations. The healing of a hurt heart. The healing of an urging creative soul. The building of the confidence to really be stripped off, in whatever I do and create. The vulnerability and the strength that live within me. To be exposed. To be naked and true to my soul.

To breathe in ideas.

And then to create.

I am my own manifest.

check out the final images of the project here 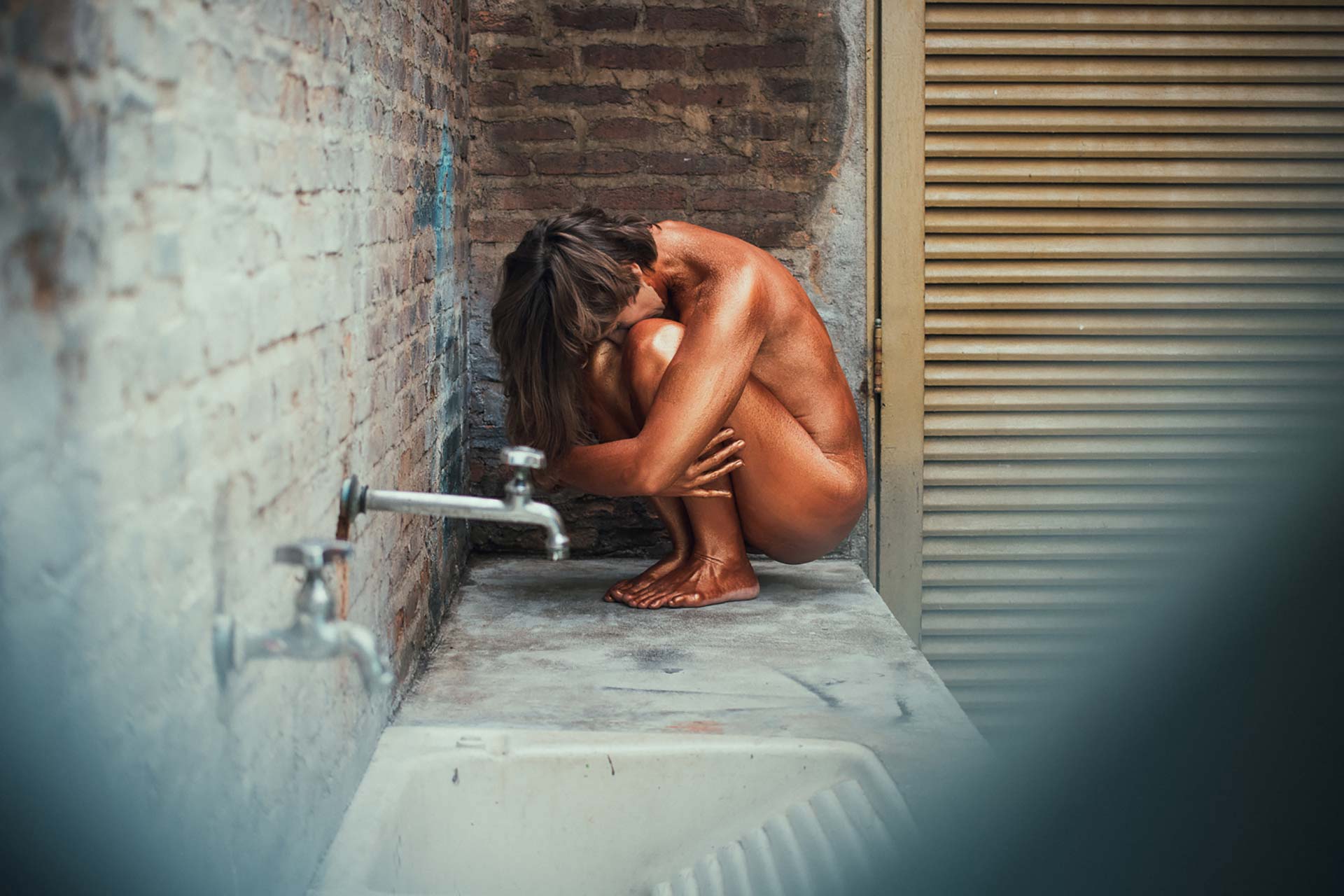 Starting something new is never easy. Whether it’s a text, a drawing, a project or anything else in life. I sometimes have a hard time looking at a blank page and starting something.

the artists outside of the museums

I said there was a way out and here it is: thanks to our hyperconnected reality, the lack of information is no longer a problem. Artists and creative people, in general, are more and more open to sharing their daily lives and processes online, and, with a little bit of attention and curiosity, we can access a much greater diversity of references than before.

until very recently I would buy a new notebook, subscribe to a different meditation app, or insert-here-the-miraculous-item-of-your-choice, and repeat to myself: this time will be different, this time I will finally become a less chaotic person. Sometimes I convinced myself to try some hot new thing – hello #bulletjournal – or experiment a famous technique – pomodoro? #beentheredonethat, more than once.