collaborate, but still own your shit!

In April 2019 I was invited to be part of a Forum in Sweden. Where I contributed with a workshop and also a big panel that became a give-away present by the end of the week.

(In case you are interested in knowing a little more, I share more details of this experience here)

An interesting fact happened on “open Workshop” day. I was working on the big panel, and just opened for participants to come by and give it a try. I am a more detached kind of person when it comes to my art. In such cases I’m in favour of possible connections and experiences. In that moment in time and space the most important thing to me was to give the incentive to the participants to let their spontaneous imagination flow. To let go of thoughts and worries about what is right or wrong. If the line was straight or not - like mine were. I distracted them with questions about who they were, about experiences and their daily creative lives in their respective countries. While they talked, I gave the material into their hands and guided them to the panel. While one was talking, the others were hearing, some were singing. And we were all into the flow of what was going on that moment. The open workshop was over, but my art had still to be finished. All the participantes left and I was left alone again with the big picture. A piece that was started by my lines - which soon mixed with other forms and interpretations - and still some empty paper to be finished. I do have to say a few thoughts crossed my mind at that moment. Oh man, I wish they didn’t go that far up. I should have only given the white pen instead of the black one. Should I preserve the lines that the participants left behind? Should I just keep going with mine? What is the right thing to do? Way too many thoughts. Way too many questions in such a short period. I then briefly reflected on our own attempts to control the outcome of  things that we just can’t. I opened up to an experience, now I had to embrace the outcome. To just feel and co-create a new end result. This was my last thought before I just grabbed some material and started working. I realized I was the one that was thinking too much - just like the participants were when they first arrived. I realized I had to let it flow, like I gave them the incentive to do so.

The panel was finished. The last day of the Forum was coming to an end. Final sessions, little pieces of goodbye. Hugs, caring and sharing. The next day it was time for me to go home again. One of the mentors of the young people took me and another collaborator to the train station. While we were reflecting on each others positions, connections, experiences and wishes for future projects - he said to me - while looking at me through the mirror in the car. “You know Kalina, I wish I can collaborate with other creatives more. Just like you did with your panel. You were totally open to share the experience, but the end you still owned your shit.” - I was confused for a moment and asked him to go a little deeper into that. So he explained that the fact that I had opened for people to paint on my panel, and over my lines, had somehow made an impression on him. However, when he saw the final result of the panel (yes after my own thinking and thinking of how to finish it after people had also intervened on it- including him), that’s when he had that thoug:

“Collaborate, but still own your shit!”

And with that he also left a mark in me. I find it crucial to co-create, to collaborate, to be open to new things and projects with other creatives. But it became clear to me, that even if I did that intuitively at that moment, I would always do that - no matter what kind of project or situation I was in. To give away and to make a point. To be open and to leave a mark. To collaborate and to always be myself. To embrace others ideas and always have a grasp of who I am.

That art piece was co-created and it had pieces of a lot of humans inside of it, but by the end, it was clear that I was the one that guided the whole process. So I say, yes - collaborate, co-create - it is so important and we learn so much. About others, but mainly about ourselves. Be open for others opinions, critiques and contributions - and in the end - own your shit - and leave your positive mark. It is worth it, trust me! 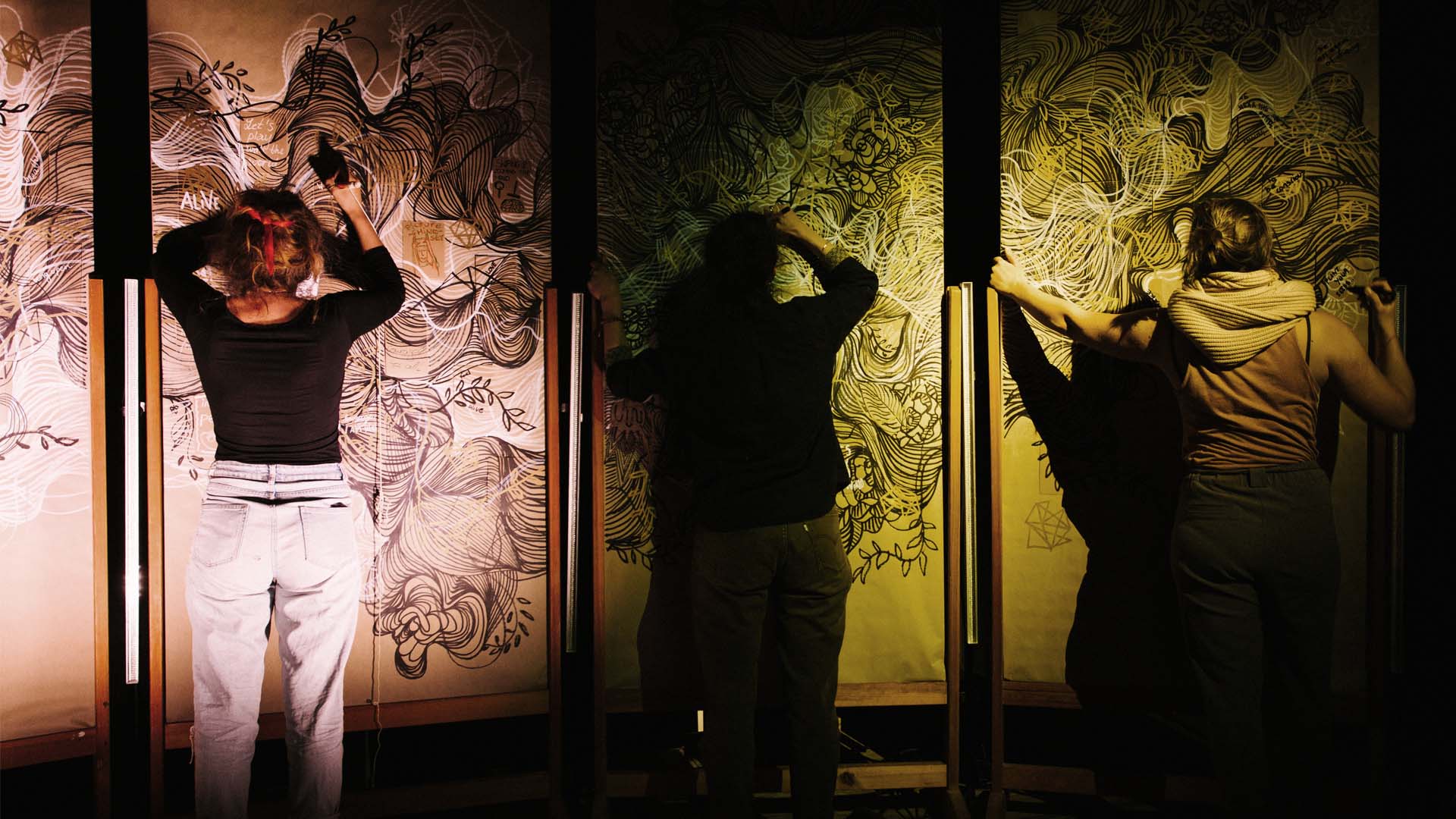 art and sustainability. a manifestation.

from a job to being my own boss in one day

The truth is, the real thing started with a slap on the face… (not for real, but almost) I had bosses, but decided to be my own boss - or rather, was faced with this decision - around 8 years ago.